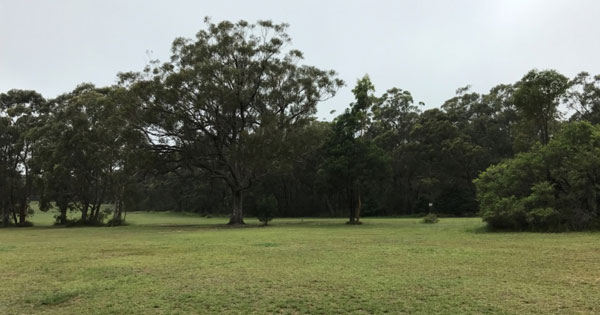 The draft Masterplan can be viewed on the Council’s website, and also at the Lawson Library and Council's Springwood and Katoomba administration centres.

You can lodge a submission until Thursday 18 April 2019. To do so, go to the council’s ‘have your say’ or email your submission to: council@bmcc.nsw.gov.au.

The draft Masterplan covers the old Lawson Golf Course, the Lawson Cemetery, Lawson Dog Off Leash area, Lawson BMX track and the nearby oval. The old Lawson Golf Course is currently used for a range of low impact recreation, including bushwalking, dog walking and picnicking, as well as sporting purposes. The local Bushcare group has invested years of volunteer work revegetating the creekline.

The Masterplan proposes a two stage re-development of the Crown Lands at Lawson.

Stage One centres on enhancing the existing passive recreation and includes:

Stage Two represents an intensification of use and includes:

Here's the Society's submission that was made during the previous public exhibition process.

The Society does not support intensification of the recreational and sporting uses at the site and would like to see minimal re-development, with the site being protected as an open space recreation area and bushland reserve. This includes maintenance of the existing uses at their current locations, including the BMX track, oval, cemetery, dog off leash area (fenced) and bushwalking tracks but no new sporting infrastructure or precincts, including no new ovals, car parking, and associated amenities blocks.

The Society supports the following proposals:

What you can do

You can lodge a submission until Thursday 18 April 2019. To do so, go to the council’s ‘have your say’ or email your submission to: council@bmcc.nsw.gov.au.