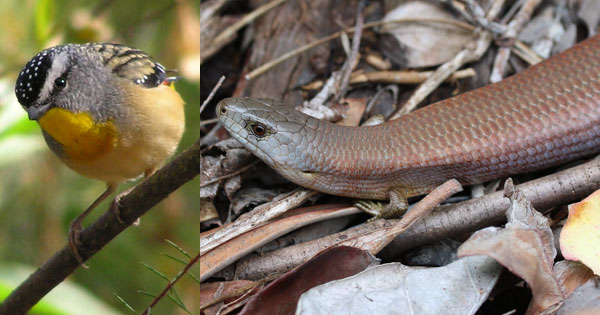 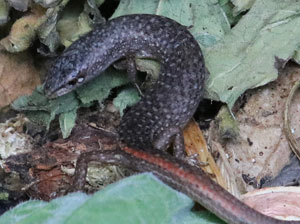 The aim of this webpage is to help you identify any new bird or lizard or frog that you see in your garden or in the bush.

Like the lizard I found in my compost bin (a Weasel Skink), or the snake at Tara's back door (a Diamond Python). 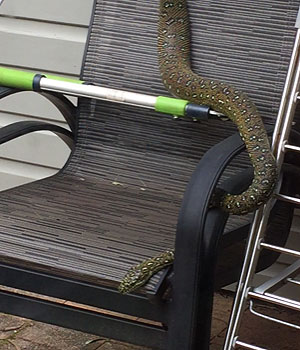 Diamond Python  (Tara Cameron)
Also provided is some advice on invertebrates - after all 96% of Australia's fauna are invertebrates.

Always interested in receiving suggestions for other sources - email the Webmaster 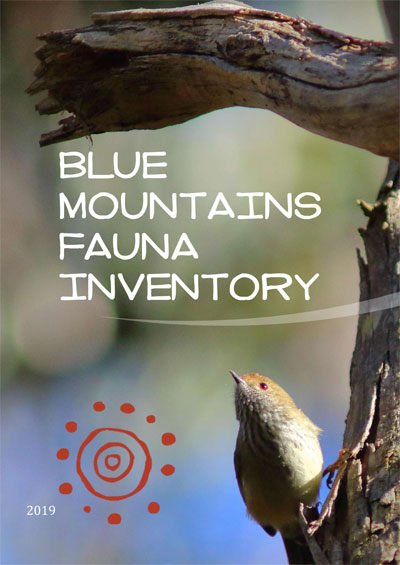 It provides images and descriptions of animals found in the Blue Mountains City Council area. Maps of where the animals have been observed is also included and the number of observations.

Although it's a 36MB download, once downloaded its 429 pages is an invaluable reference source.

Data was collected through an interactive map on Council’s website. Community members were invited to drop “pins” on the map with details of fauna sighted. Records were also provided by community members via email. Research was undertaken for historical records including the writings of early European explorers.

There were over 307,000 records collated during the project.

A total of 455 native species were recorded from all sources. Of these, 363 had three or more records with reasonable currency (post 1997).

Native Fauna Of The GBMWHA 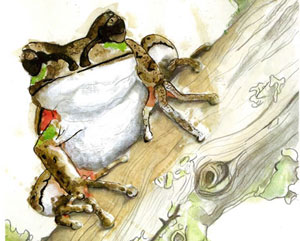 It includes the GBMWHA reserve where they have been observed and how recent that sighting is.

Also indicated is whether it is a threatened species, and whether the species is now thought to be extinct.

This is supported by their book - Native Fauna Of The GBMWHA.

This 172 page book has 200 of Peter's photos and drawings from daughter Kate.

It's available via email smitheco@ozemail.com.au or at Blue Mountains bookshops. 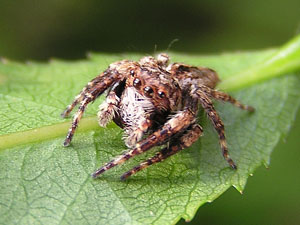 a jumping spider  (Alan Page)
There's two Facebook groups in the Blue Mountains that may be able to help you identify your find.

Australia has about 100,000 identified invertebrate species - but the estimated total is over 300,000.

Both Facebooks are worth a regular visit to simply enjoy and marvel at our fauna and the encounters others are having. 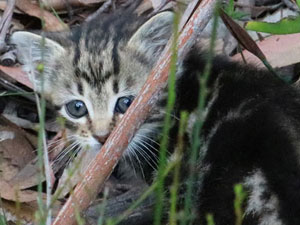 feral kitten  (Alan Page)
There are of course hundreds of websites that contain Australian native fauna. And while you may be able to get clues on what species it is you're looking for - it is best to only accept details from the reputable ones.

﻿
Contact us   © 2022  Blue Mountains Conservation Society Inc.
We acknowledge the traditional custodians of this land
– the Darug and Gundungurra people –
and pay respect to their Elders past, present and emerging.