Butterbox Point  (Gary Humble)
﻿
About Us 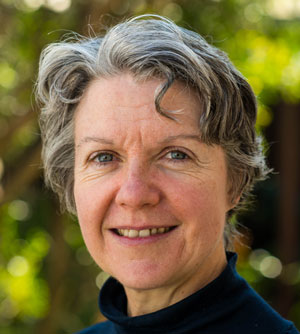 We are governed by a management committee with much of our conservation work being undertaken by sub-committees and campaigns.

We also have a Native Plant Nursery, several Bushwalking Groups and a Bushcare Group.

The Katoomba and District Wildlife Conservation Society (the original name of the BMCS) was formed in 1961, when a group of concerned residents met to determine the action that they could take to help protect the Blue Mountains environment.

The Society celebrated its 60th anniversary with a special edition of Hut News. It contained many reminiscences. The Society timeline webpage was created from this edition.

Here's a brief history of the Society and our logo.

Our mission is to help protect, conserve, and advocate for,
the natural environment of the Greater Blue Mountains.

Our Area Of Interest

The Society's Area of Interest, as shown on this map, encompasses the Greater Blue Mountains World Heritage Area and adjoining State Conservation Areas and State Forests. 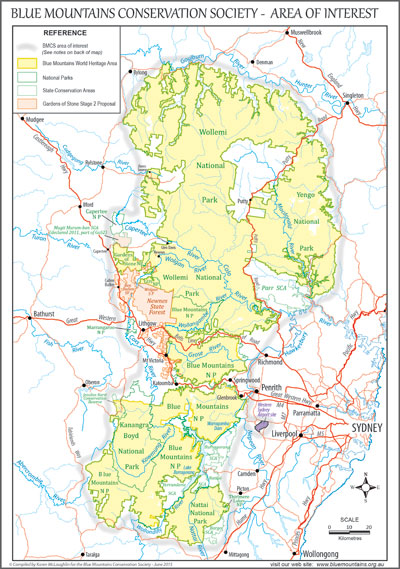 Click on the map to download a larger PDF version.
Karen McLaughlin's map was designed to be printed on a reasonable colour printer

Also shown is the Gardens of Stone Stage 2 Proposal and the Western Sydney Airport site – the latter because of the undoubted environmental impacts the flight-paths will have on the Greater Blue Mountains World Heritage Area.

The Greater Blue Mountains World Heritage Area boundary and the National Park Reserve boundaries have been simplified to suit the scale of the map.

Our degree of direct involvement decreases to the east of the Putty Road and to the north of the Capertee River catchment due to the increasing involvement of other environmental organisations.

﻿
© 2021  Blue Mountains Conservation Society Inc.
We acknowledge the traditional custodians of this land
– the Darug and Gundungurra people –
and pay respect to their Elders past, present and emerging.