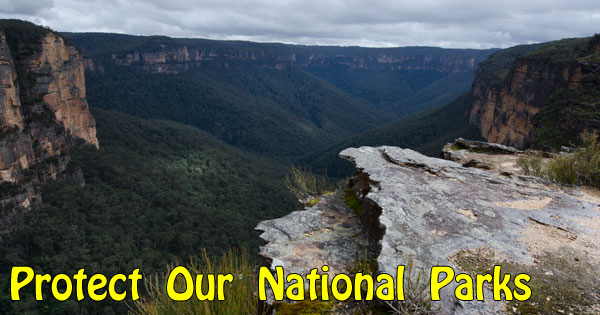 After the distribution of preferences, Trish Doyle and Stuart Ayres secured 64.9% and 51.3% (respectively) of the vote.

On the 23rd March 2019 the people of New South Wales will elect their next state government.

The outcome of this election will have repercussions both locally and globally - from how much say you have on a building development in your street, right through to how much coal is mined in NSW and the consequent impact its burning has on the global atmosphere.

The outcome of the election will affect the management of our national parks and therefore their protection.

The outcome of the election will impact our declared wilderness areas and whether they are in fact sacrosanct.

An election is one of your best opportunities to have a real say about how NSW is run. The Society's 2019 State Election webpages have been prepared to provide information from an environmental perspective to help your deliberations.

The Society's theme for the 2019 NSW State Election is Protect Our National Parks.

In preparing our Cleaner and Greener Meeting presentation and our Questionnaire, it became clear that our national parks are under an increasing threat.

And although we are asking for our national park estate to be expanded, we are concerned by the very real threats of -

It's our challenge to provide residents of the Blue Mountains with considered and unbiased information so they can make an informed decision on who gets their vote in March.

Your first step is to see if you are enrolled correctly. Visit our Enrol to Vote webpage.